PM To Host a Reception for Cyclo Drivers 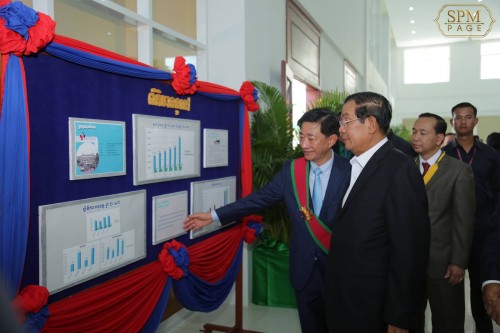 Prime Minister Samdech Akka Moha Sena Padei Techo Hun Sen will soon host a reception for all cyclo drivers.
While presiding over the inauguration ceremony of a new building in the Khmer-Soviet Friendship Hospital here this morning, the premier said the reception will be held after the establishment of a Cyclo Foundation.
“First of all, I’d like to know the real number of cyclo drivers […] and I think that when the Cyclo Foundation is launched, we should hold a get-together with them (cyclo drivers). [..] I will eat with them,” he added.
Yesterday, Samdech Techo Hun Sen announced to establish a Cyclo Foundation and to donate some 120 million Riel (about US$30,000) annually to support the foundation. He also called for contribution to use and preserve cyclo which is also a tourist attraction.
Currently, there is an association of cyclo drivers called Cyclo Conservation and Careers Association.