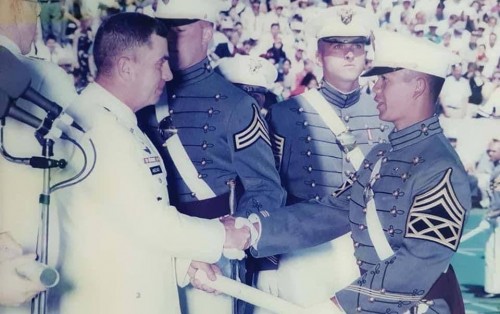 Two days passed and yet Rainsy still not responded to the wager made by Hun Manet over Rainsy’s allegation that Manet owned a fake degree from West Point Military Academy.

“Sam Rainsy has no courage to compete with the young generation. His silence is a clear answer that Rainsy does not dare to come out and wager with me to defend his argument because Rainsy knew he was talking nonsense,” Manet wrote on his Facebook page on Thursday.

In a recent statement seen by Fresh News on Thursday (30 Dec), Manet said “if you [Rainsy] do not dare to wager with me, you should have the courage to send someone younger to compete with me. It is time for you to rest and pass the opportunity to the next generation to grow.”

Manet has been elected as candidate for future prime minister of the ruling party. He is currently a deputy commander-in-chief of the Royal Cambodian Armed Forces, army commander and chairman of the Central Youth Committee of the Cambodian People’s Party (CPP). Manet received a bachelor’s degree from West Point in 1999. He also received a Master of Arts in Economics from New York University in 2002, and a doctorate from the University of Bristol in 2008.