Cash Relief Programme for Poor Households to Continue for 4th Round 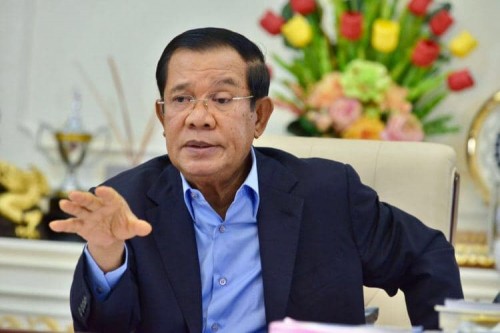 Prime Minister Samdech Akka Moha Sena Padei Techo Hun Sen this morning announced the fourth round of the “Cash Transfer Programme for Poor and Vulnerable Households during COVID-19”.
“As the situation has not eased yet, on behalf of the Royal Government of Cambodia (RGC), I have decided to announce the fourth round of the cash transfer scheme for another three months – from January to March 2021,” said the Premier in his message to his compatriots being broadcast live from his residence in Takhmao town, Kandal province.
“The RGC does not marginalise the poor,” he reiterated. “The RGC will not let any people die of starvation without our knowledge and help.”
After the fourth round or after March 2021, he added, if the situation does not ease, the assistance will continue as the government has set aside some US$200 million for the programme.
In contrast, if the situation is better, the financial support will not be cut immediately, but gradually reduced until it stops completely, he underlined.
Samdech Techo Hun Sen quoted a report of H.E. Vong Sauth, Minister of Social Affairs, Veterans and Youth Rehabilitation saying that since the cast relief programme started in late June 2020 until November 2020, more than US$160 million were allocated to over 700.000 poor and vulnerable families.